Investors dumped Turkish bonds and stocks on Wednesday after the nation orchestrated a currency crunch to prevent the lira from sliding days before an election that will test support for President Recep Tayyip Erdogan’s rule.

The cost of borrowing liras overnight on the offshore swap market soared past 1,000 percent at one point on Wednesday because local banks are under pressure not to provide liquidity to foreign fund managers who want to bet against the lira. A government official said the measures are temporary. 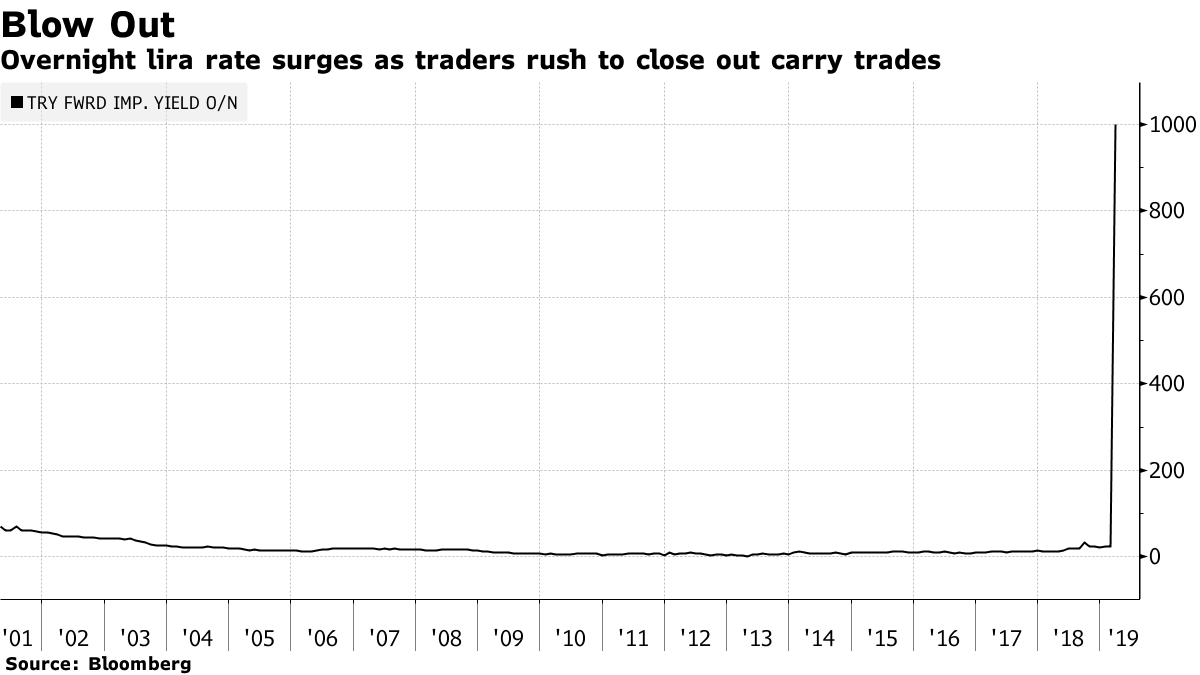 This has forced investors who want out of their lira positions to instead sell other Turkish assets to get the cash they need to close those trades. The yield on two-year Turkish bonds jumped above 20 percent and stocks slid the most since July. Fund managers including Japan’s Daiwa SB Investments Ltd. said they are rethinking investments in the country.

“I’ve never seen a move like this in the 21 years I’ve been watching this market,” said Julian Rimmer, a trader at Investec Bank Plc in London. “This amounts to sacrificing long-term pragmatism for a short-term political expedient. Such tactics will make many traders question the investability of the lira.”

By engineering a situation whereby investors can’t move out of liras easily, Turkish authorities have averted a currency slide before a March 31 vote that’ll determine who governs Turkey’s cities. That’s good for Erdogan, who’s already contending with a recession, soaring inflation and opposition parties trying to undermine him. But it comes at the cost inflicting pain on the investors Turkey needs to roll over $177 billion of foreign-currency debt coming due within the next 12 months.