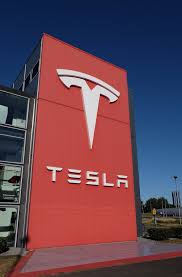 The following email was sent to Tesla employees today:

Earlier today, I announced that I’m considering taking Tesla private at a price of $420/share. I wanted to let you know my rationale for this, and why I think this is the best path forward.

First, a final decision has not yet been made, but the reason for doing this is all about creating the environment for Tesla to operate best. As a public company, we are subject to wild swings in our stock price that can be a major distraction for everyone working at Tesla, all of whom are shareholders. Being public also subjects us to the quarterly earnings cycle that puts enormous pressure on Tesla to make decisions that may be right for a given quarter, but not necessarily right for the long-term. Finally, as the most shorted stock in the history of the stock market, being public means that there are large numbers of people who have the incentive to attack the company.

I fundamentally believe that we are at our best when everyone is focused on executing, when we can remain focused on our long-term mission, and when there are not perverse incentives for people to try to harm what we’re all trying to achieve.

This is especially true for a company like Tesla that has a long-term, forward-looking mission. SpaceX is a perfect example: it is far more operationally efficient, and that is largely due to the fact that it is privately held. This is not to say that it will make sense for Tesla to be private over the long-term. In the future, once Tesla enters a phase of slower, more predictable growth, it will likely make sense to return to the public markets.

Here’s what I envision being private would mean for all shareholders, including all of our employees.

First, I would like to structure this so that all shareholders have a choice. Either they can stay investors in a private Tesla or they can be bought out at $420 per share, which is a 20% premium over the stock price following our Q2 earnings call (which had already increased by 16%). My hope is for all shareholders to remain, but if they prefer to be bought out, then this would enable that to happen at a nice premium.

Second, my intention is for all Tesla employees to remain shareholders of the company, just as is the case at SpaceX. If we were to go private, employees would still be able to periodically sell their shares and exercise their options. This would enable you to still share in the growing value of the company that you have all worked so hard to build over time.

Third, the intention is not to merge SpaceX and Tesla. They would continue to have separate ownership and governance structures. However, the structure envisioned for Tesla is similar in many ways to the SpaceX structure: external shareholders and employee shareholders have an opportunity to sell or buy approximately every six months.

Finally, this has nothing to do with accumulating control for myself. I own about 20% of the company now, and I don’t envision that being substantially different after any deal is completed.